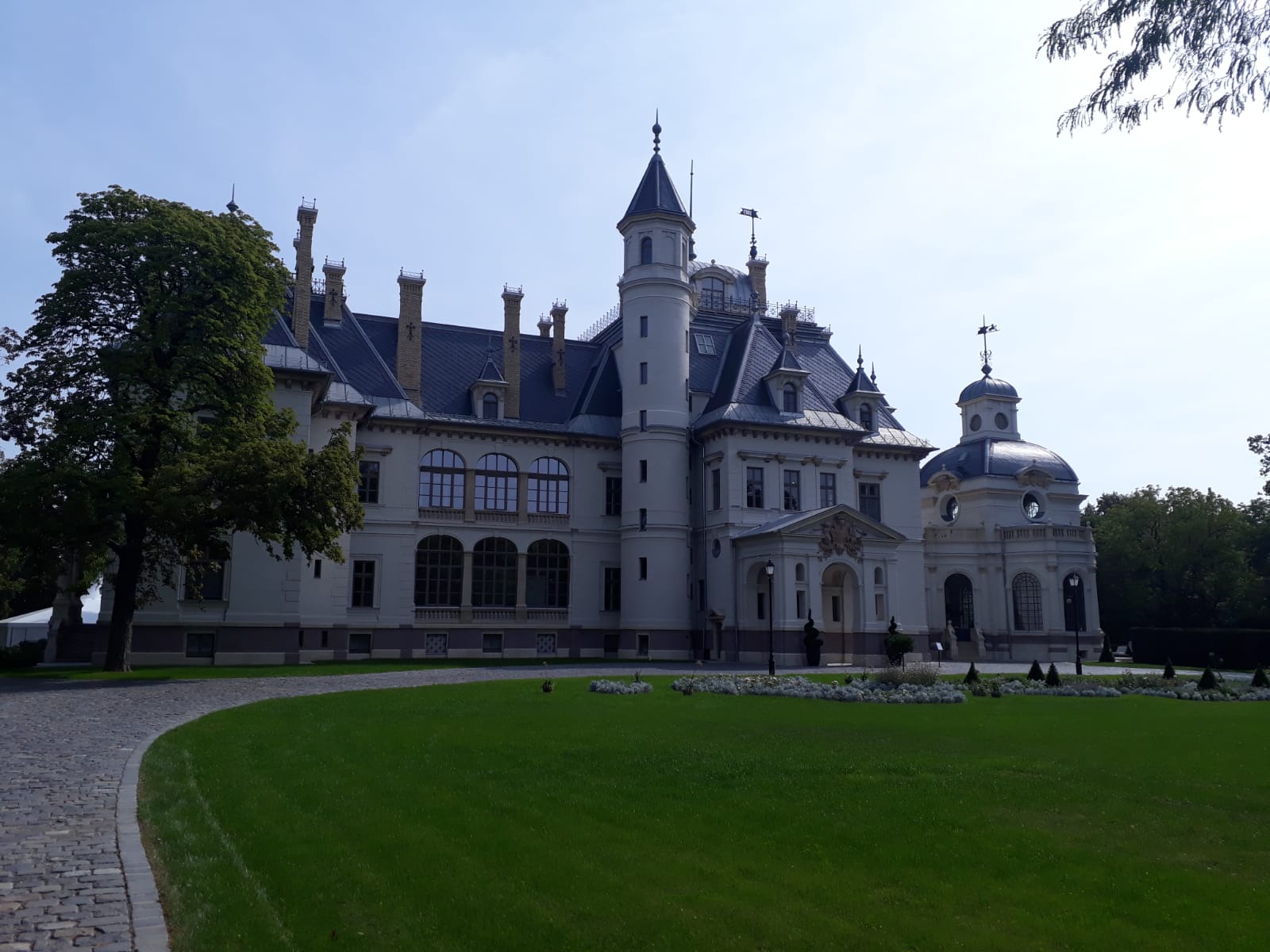 One of Hungary’s fairy-tale castles, the Schossberger Castle opened its doors in the summer of 2020, as BOTANIQ Castle hotel. The Castle can be found in Tura, among the Gödöllő hills, merely 50 km from Budapest.

In its appearance, the castle recalls the French castles of the Loire Valley, and it is also regarded as one of the gems among the Hungarian castles. The specialty of the building lays in the fact that during the construction, they have used the most advanced architectural techniques and technologies of the time. For example, already at its construction it had central heating, electricity, and unique insulation. As for natural light, it was achieved by light shafts with mirrors placed inside of them, which made it possible to transport light even to the lower rooms of the building. 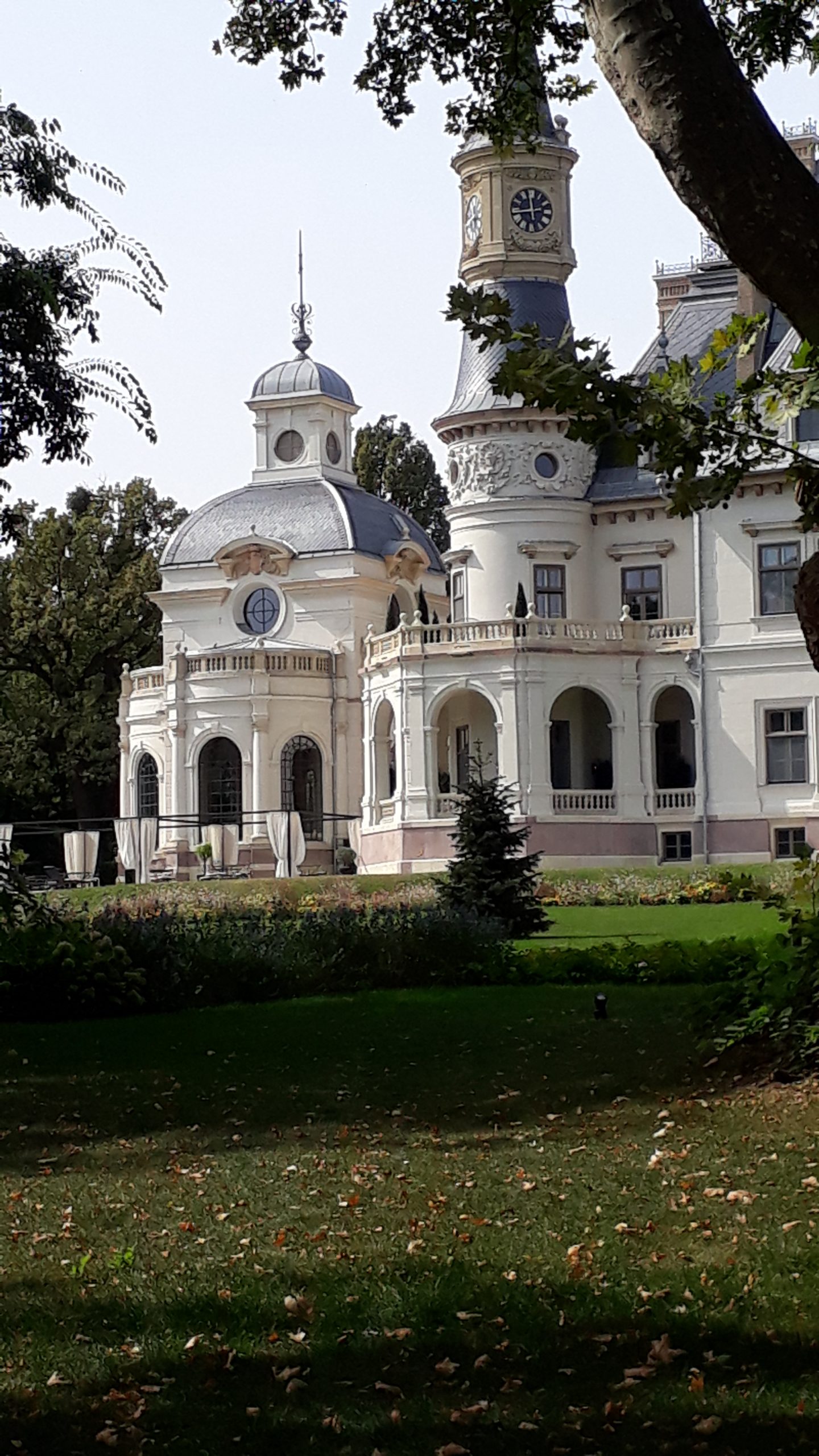 THE PAST OF THE CASTLE

The construction of the castle started in 1883, which date can be found even on the weather vane of the northern tower. In some of its architectural features it resembles the Budapest Opera House, designed by Miklós Ybl, thus it is sometimes referred to as the “little sibling of the Opera House”.

The Castle Hotel, now renovated inside and out, was originally a property of the Eszterhazy family, then later on served as the summer residence of the Schossberger family of Tornya. The Schossberger family – who received their noble title from Franz Joseph – commissioned Ármin Petz and Vilmos Jámbor to design the garden (Ármin Petz was the one who laid out the flora of the Budapest Zoo as well).

The castle has an adventurous history: after the old baron had died and his son had never returned from labour service of the second world war, the building was left alone, and it really needed a miracle to survive.

The building, that by that point had seen better days, was first a German, then a Russian military base. Later it was turned into a hospital, and then during Socialist times it served as a primary school.

Even today, the locals can show in the castle where have the classrooms been, where did they do their P.E. classes as students, where did they change clothes and where were the rooms of the teachers. 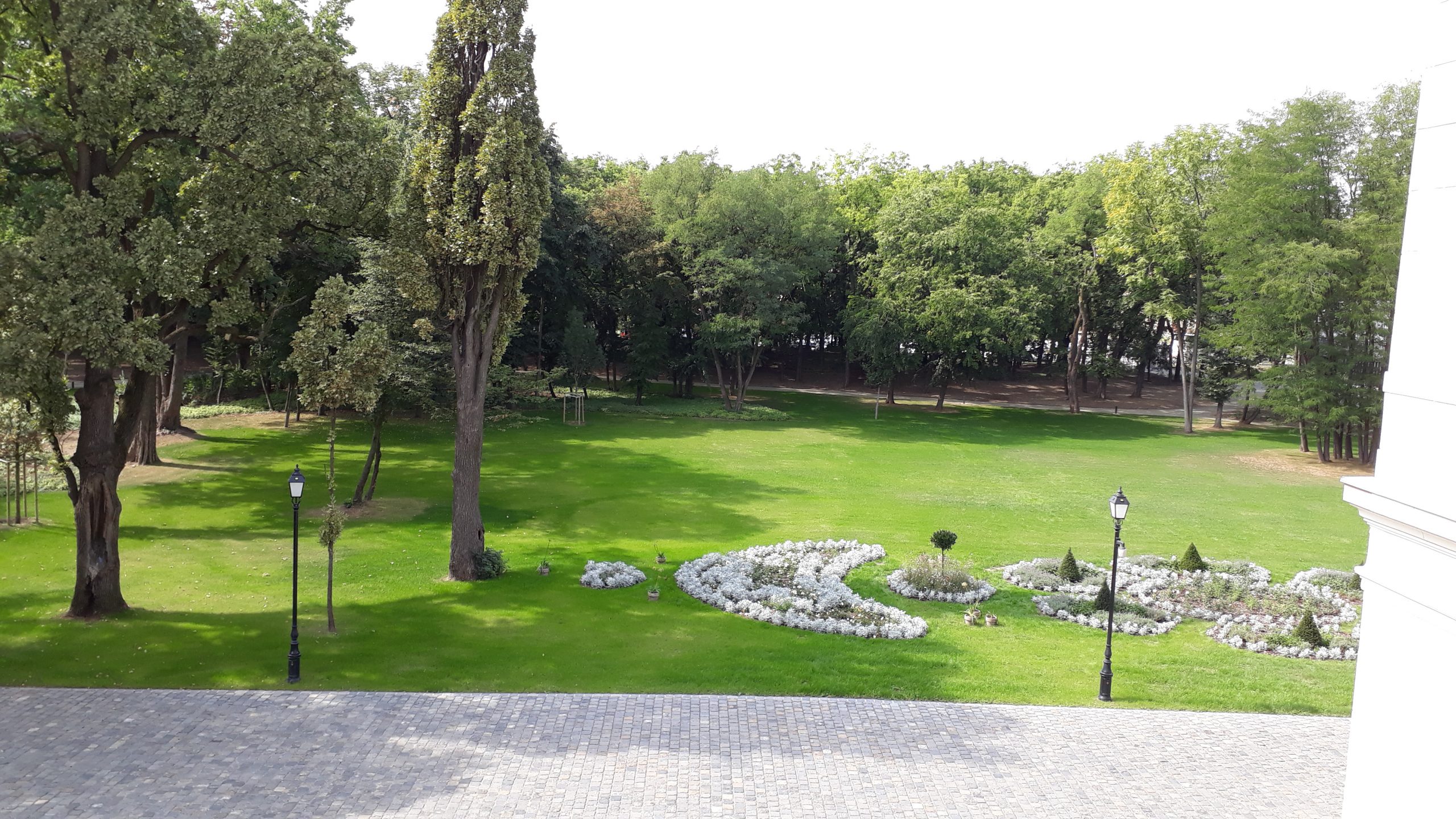 The park that surrounds the building is exceptional indeed, not only within Hungary, but also among European castle gardens. Baron Zsigmond Schossberger of Tornya was the one who shaped the flora of the castle and created a European-style garden , one that was an independent work of art in itself.

Nowadays it is very rare to find the unity of a castle and its garden in a still preservable state. Tura is one of these, so it was extremely important to renovate the park exactly as the mastermind and the two designers have imagined it.

The same kinds of bushes and trees were planted close to each other, so one can find beeches, plane trees and oaks in different areas, forming separate circles. As we have heard, the trees are so protected that each and every one of them has received a number, and gardeners are taking care of the flora day and night. 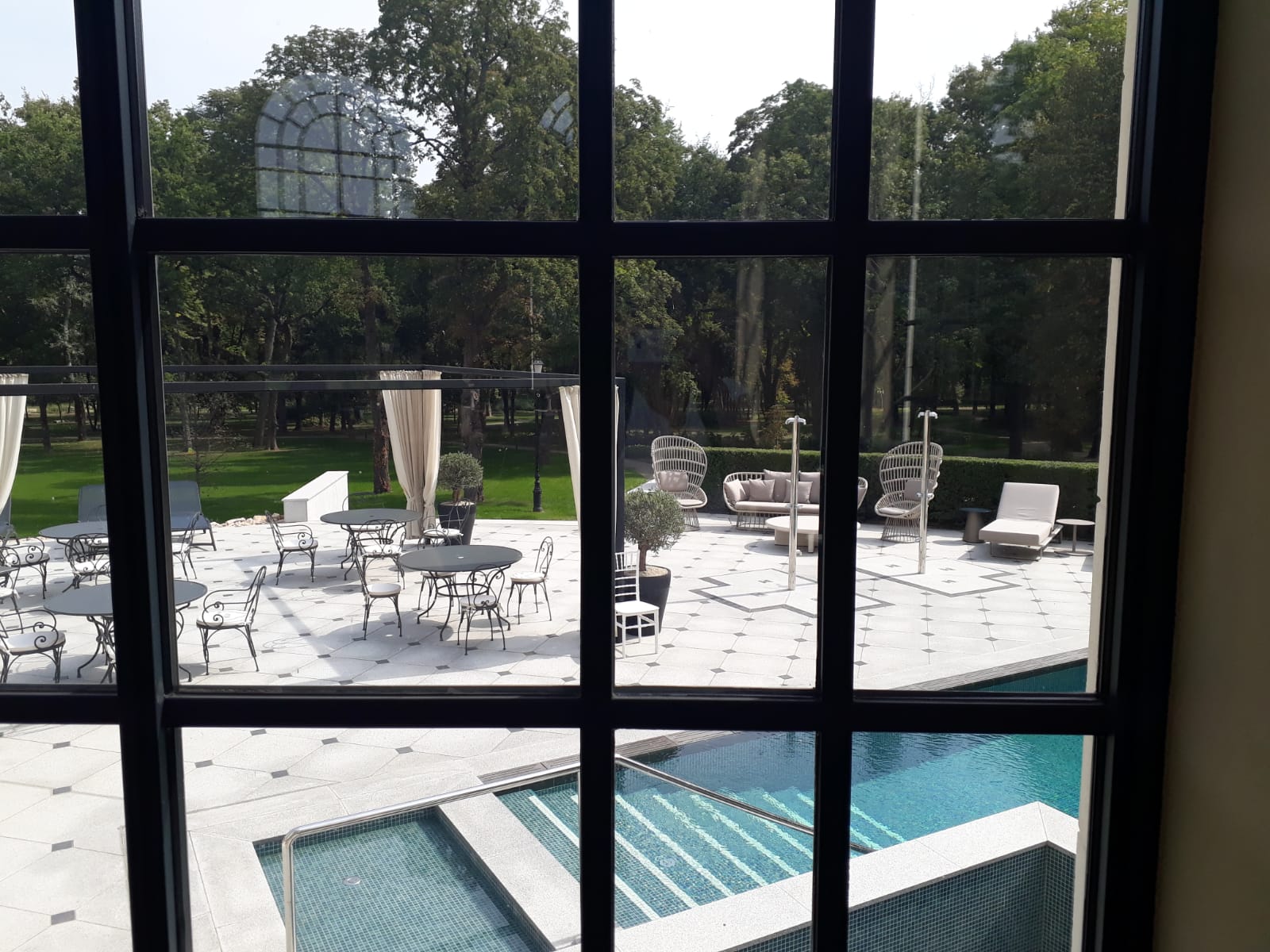 THE PRESENT OF THE CASTLE

Luckily, today the castle is back to its original form: it rises up in the middle of the ten hectares of parkland as a sumptuous building. Thanks to all the renovation work - that affected not only the building, but its clock tower, former palm house and even the brand-new serving units next to it – it became an exclusive accommodation and event space. With its contemporary design and mostly Italian furniture, the complex became a place that meets all needs, even the luxury ones. 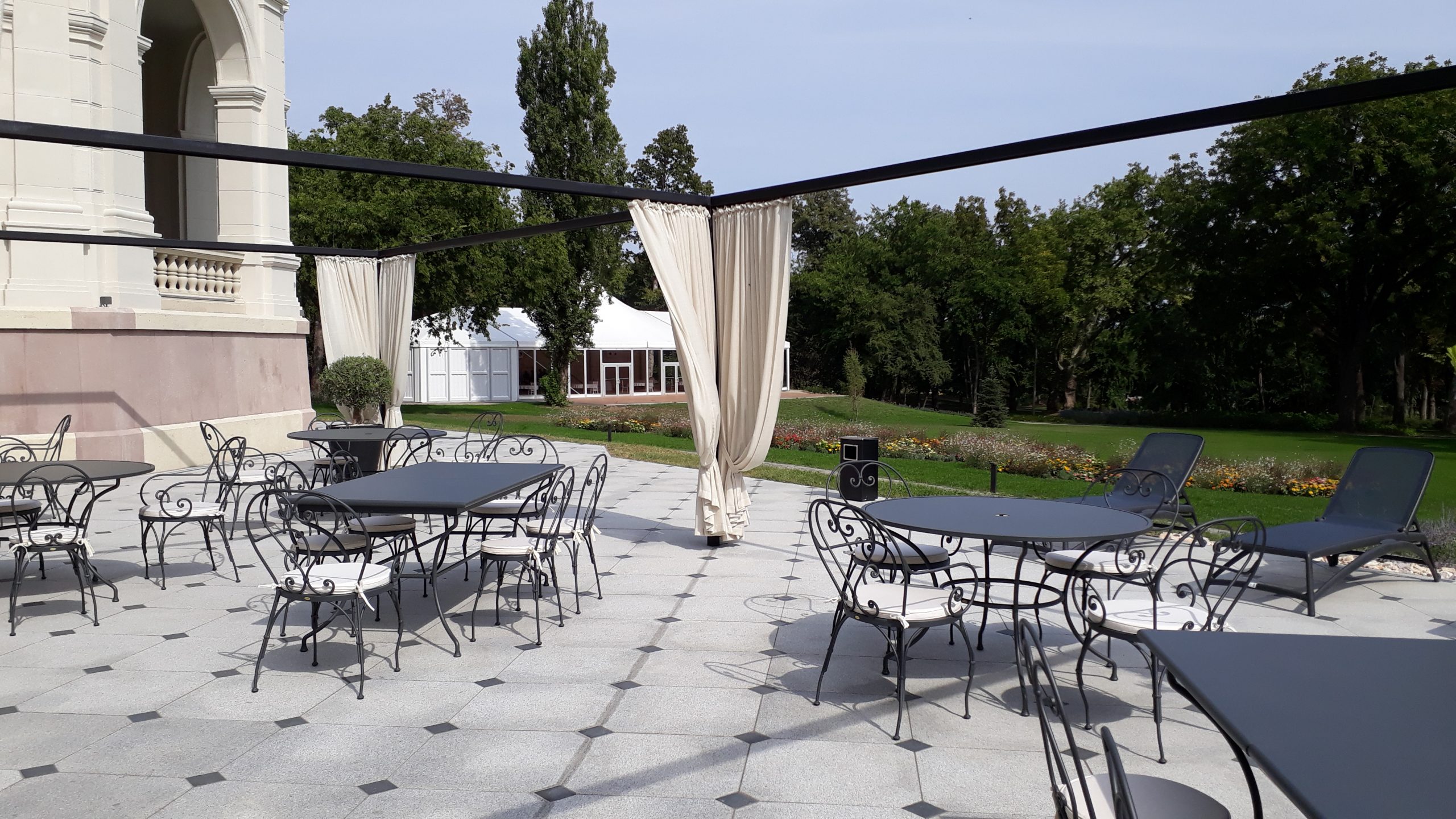 Originally, the building had 99 rooms, but after the renovation, these were turned into 19 guest rooms (among them more executive suites), community spaces, both inside and outside spa and wellness areas, a ballroom adorned with frescoes (as an event space), smaller and bigger saloons, and a restaurant big enough to accommodate up to 48 people.

From now on, the Castle is open to guest both in summer and winter. Visiting is possible after registration in advance,  while hotel guests are welcome already since July to the wonderfully renovated castle. 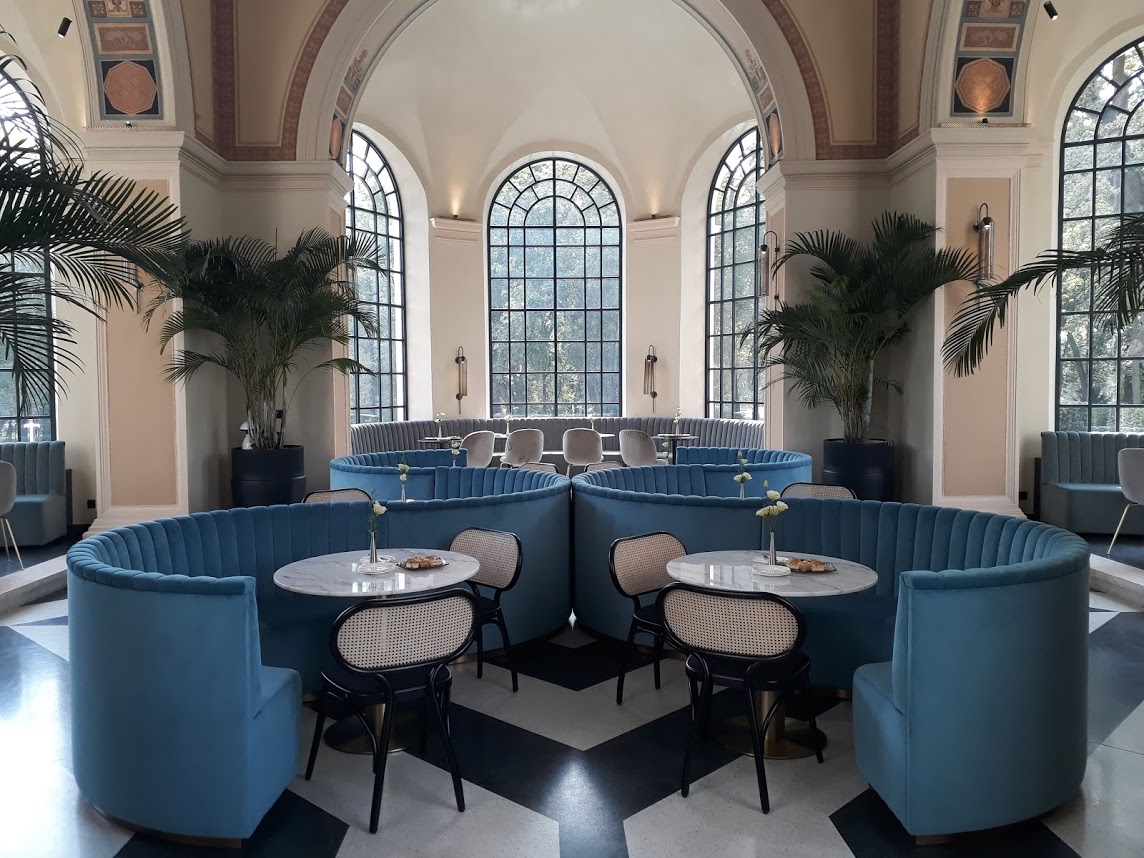 As a last curiosity, we may mention that Princess Stéphanie of Belgium really wished to acquire the castle for herself, and among modern-day celebrities, even the film star Angelina Jolie – who filmed many scenes of her movie In The Land of Blood and Honey here - was rumoured to be interested in the castle. The building also served as one of the characteristic locations of the 2008 movie The Secret of Moonacre.

Please contact us for more information or for your request.