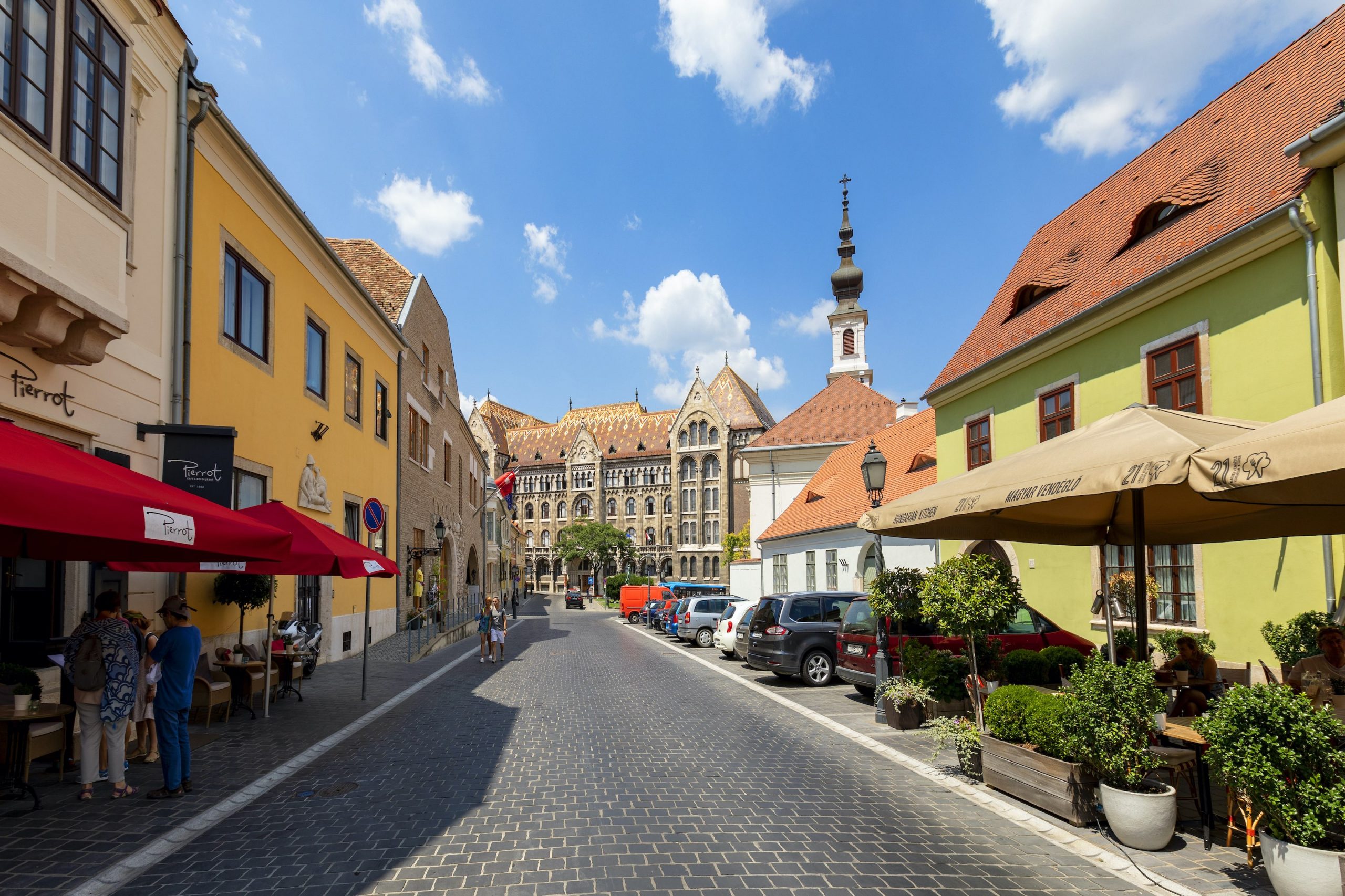 Why we love the Buda Castle district

People visiting the Buda Castle district first might fall in love with its narrow, cobble-stoned curvy streets that even evoke the feeling a Mediterranean town, before they look up and wonder in all the beauty the Buda Castle offers. The Buda Castle district is a UNESCO World Heritage Site and is among the most attractive of those old towns in Europe, which has managed to retain nearly all its medieval architecture, so being the most emblematic architectural masterpieces of the city. The district is a cultural, historical and a gastronomic paradise, where you get to visit some of the capital’s most important museums and attractions.

Personally, for me not a year can be passed without taking a walk in the Buda Castle district or visiting one of its festivals. What I like the most, is that you get a pocket of sights, attractions at one place, where time-travelling seems real. Walking through its narrow cobble-stoned streets, gorgeous promenades you will first realize its Mediterranean styled, colorful residential buildings. If you are lucky, you might even take a look into one of its renaissance courtyards. And in spring its avenues of trees blossoming magnificently are something of magic.

There are countless good reasons to venture up to the castle.....

Matthias Church is one of those attraction in Budapest that catches your breath and leaves you staring for a little while. It's called sometimes the “coronation church” to commemorate the crowning of Emperor Franz Joseph as king of Hungary in 1867. Yet the church was named after the Hungarian King Mátyás Hunyadi, under whose reign the royal court in Buda enjoyed its golden ages. When in 1521 the Ottoman Empire took control of the area it was turned into a mosque. In 1686 the Ottomans were pushed out and much of the church was in ruins. Art pieces were missing and paintings were destroyed.

It was then recreated in a Baroque style, which lasted until the early 19th century when it was finally restored in the Neo-Gothic style that we see today. The church is the most visited Roman Catholic church in Budapest.

It's not only worth to give a visit because of its beautiful architecture, but thanks to its impressive acoustics, Matthias Church hosts organ and classic music concerts quite frequently. Several foreign church choirs and ensembles with a repertoire comprising church music give concerts in the historic building with unique atmosphere. The church is enormous inside with many details to observe. We recommended to take your time to wander around inside the church, where you can bump even into Elisabeth, the Empress of Austria and Queen of Hungary, who has an amazing story. 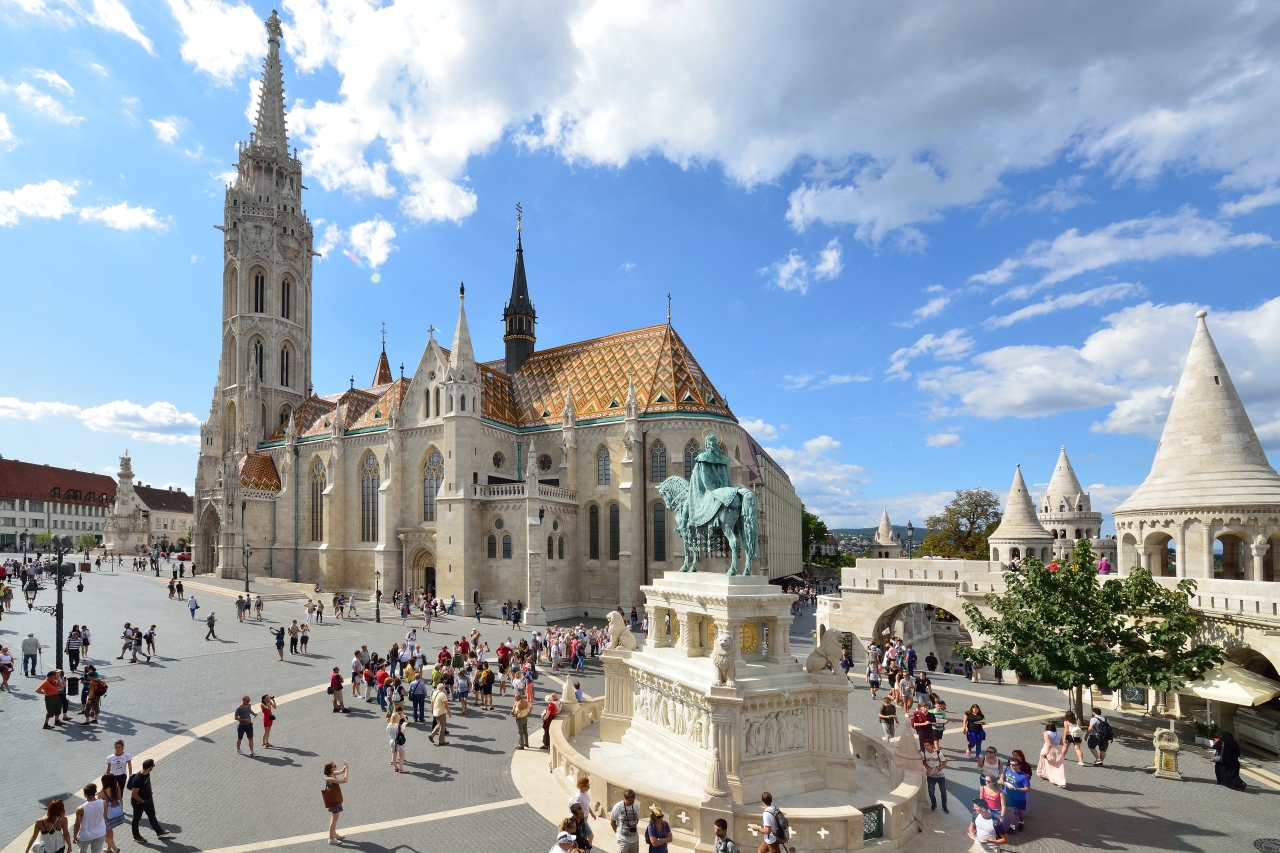 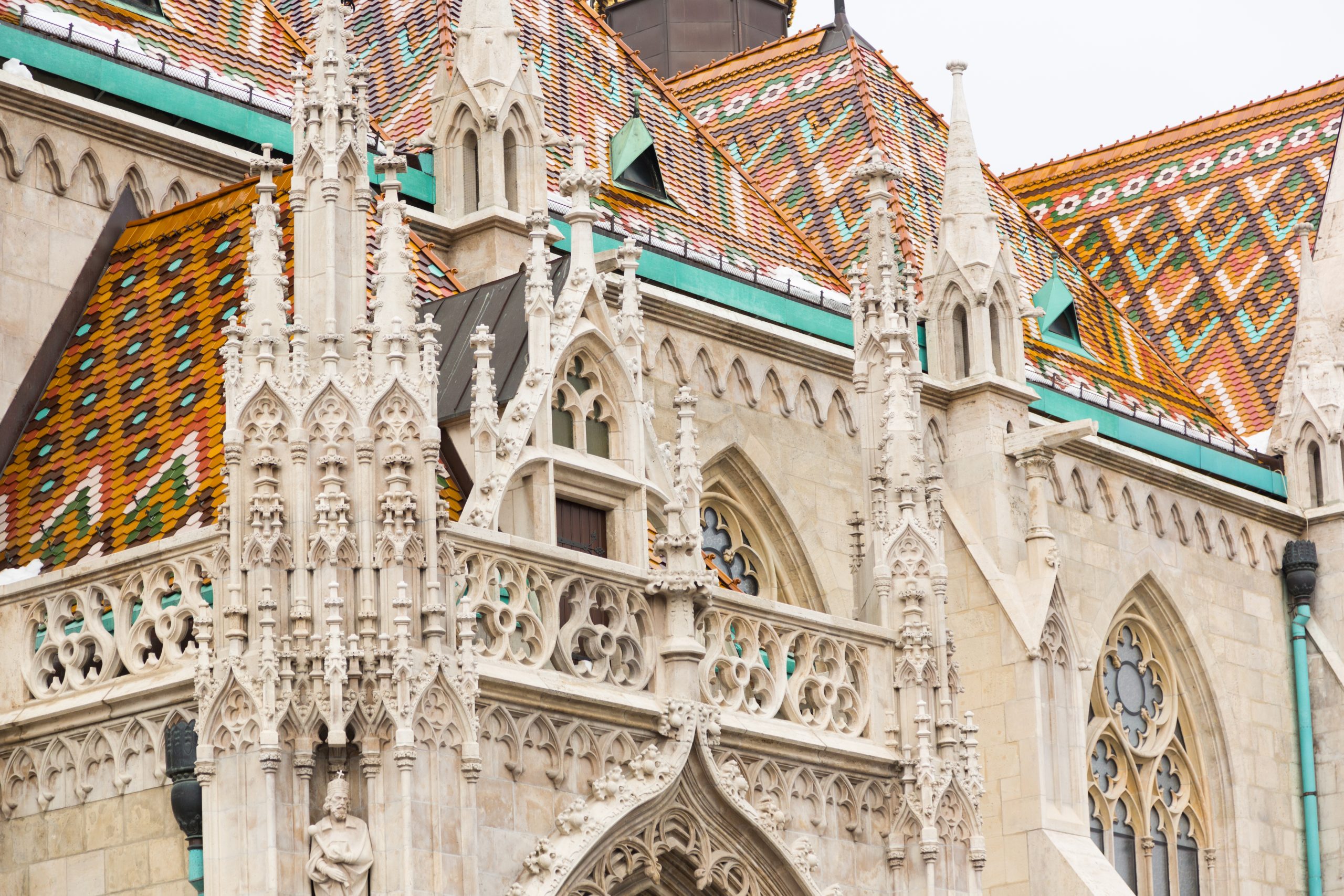 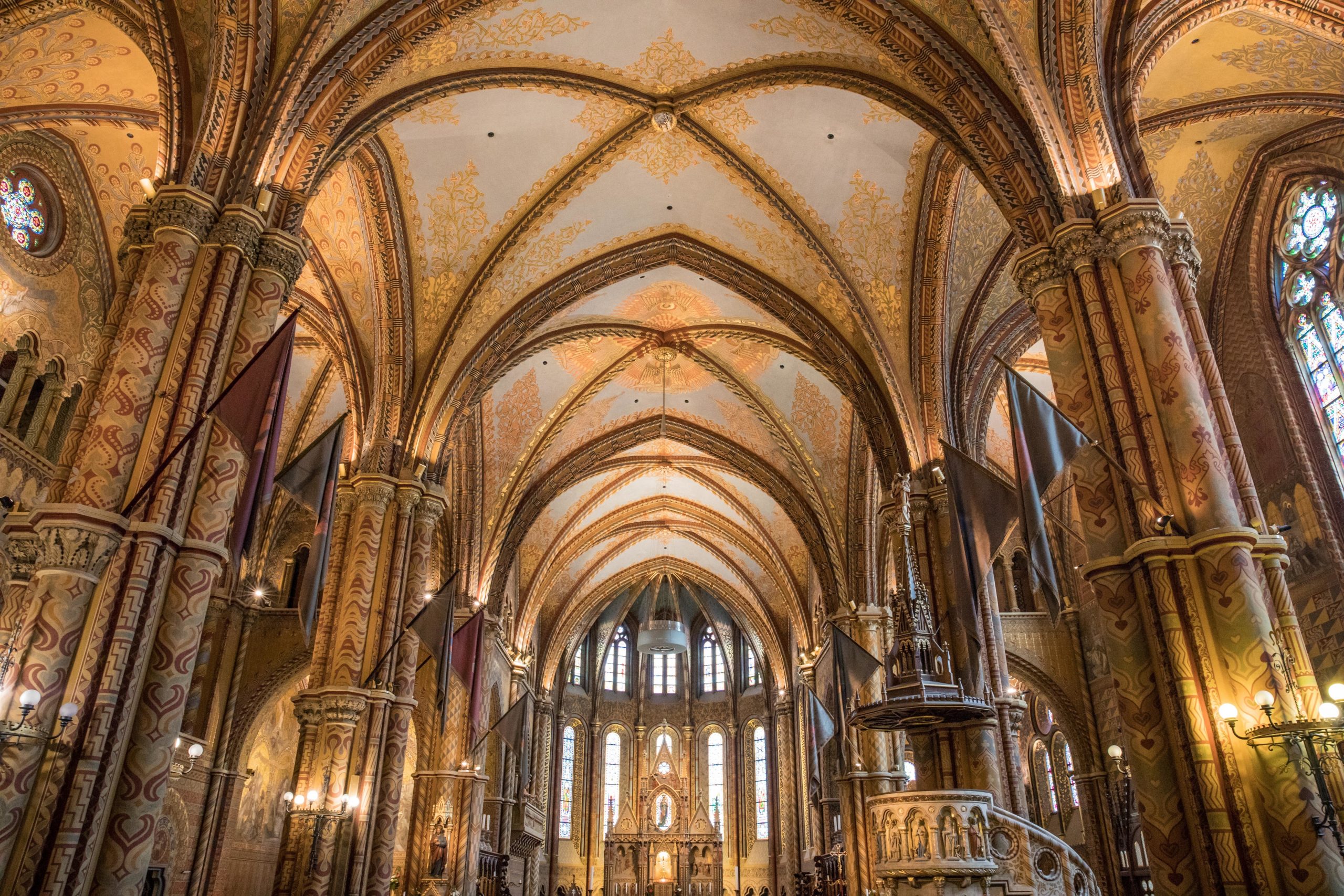 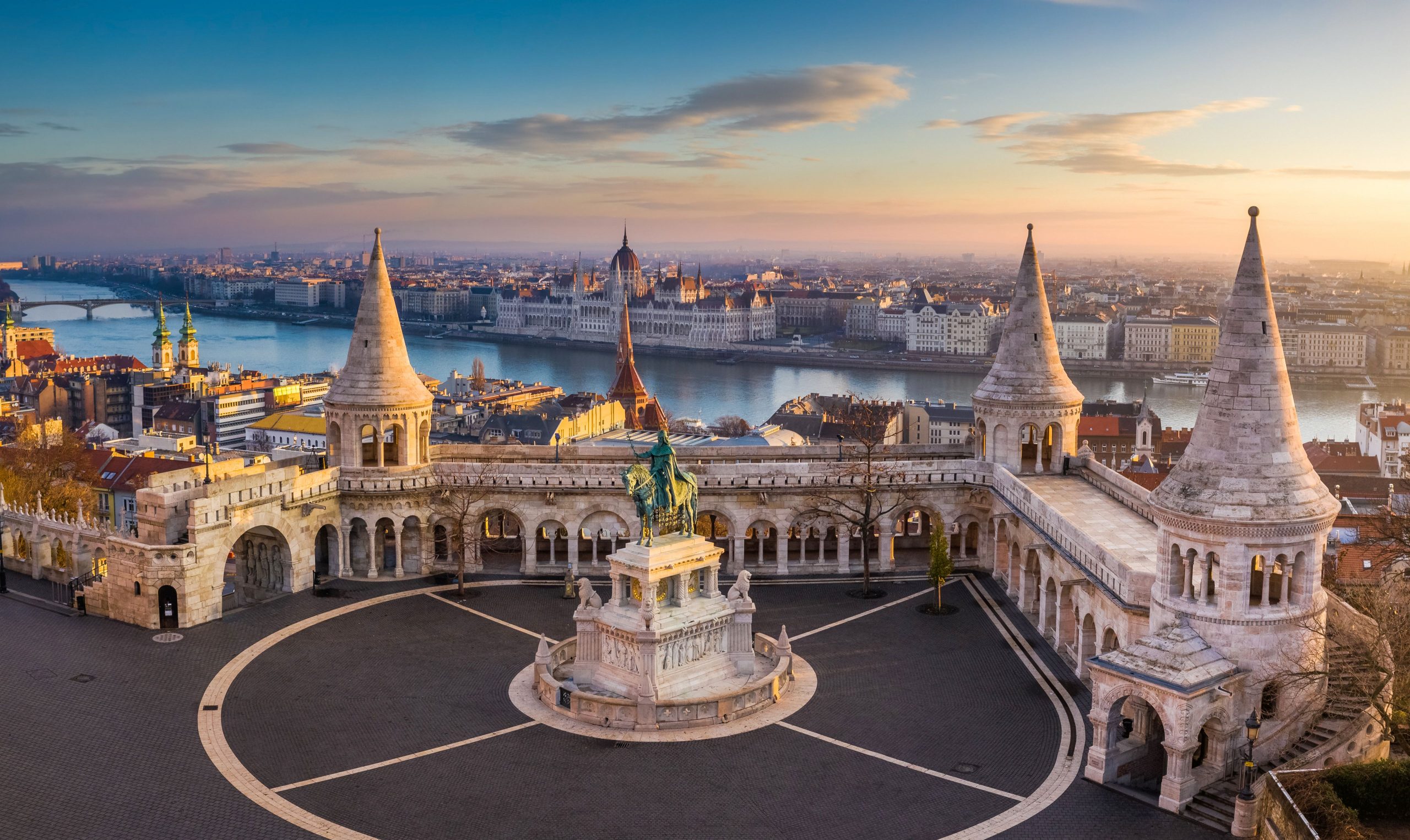 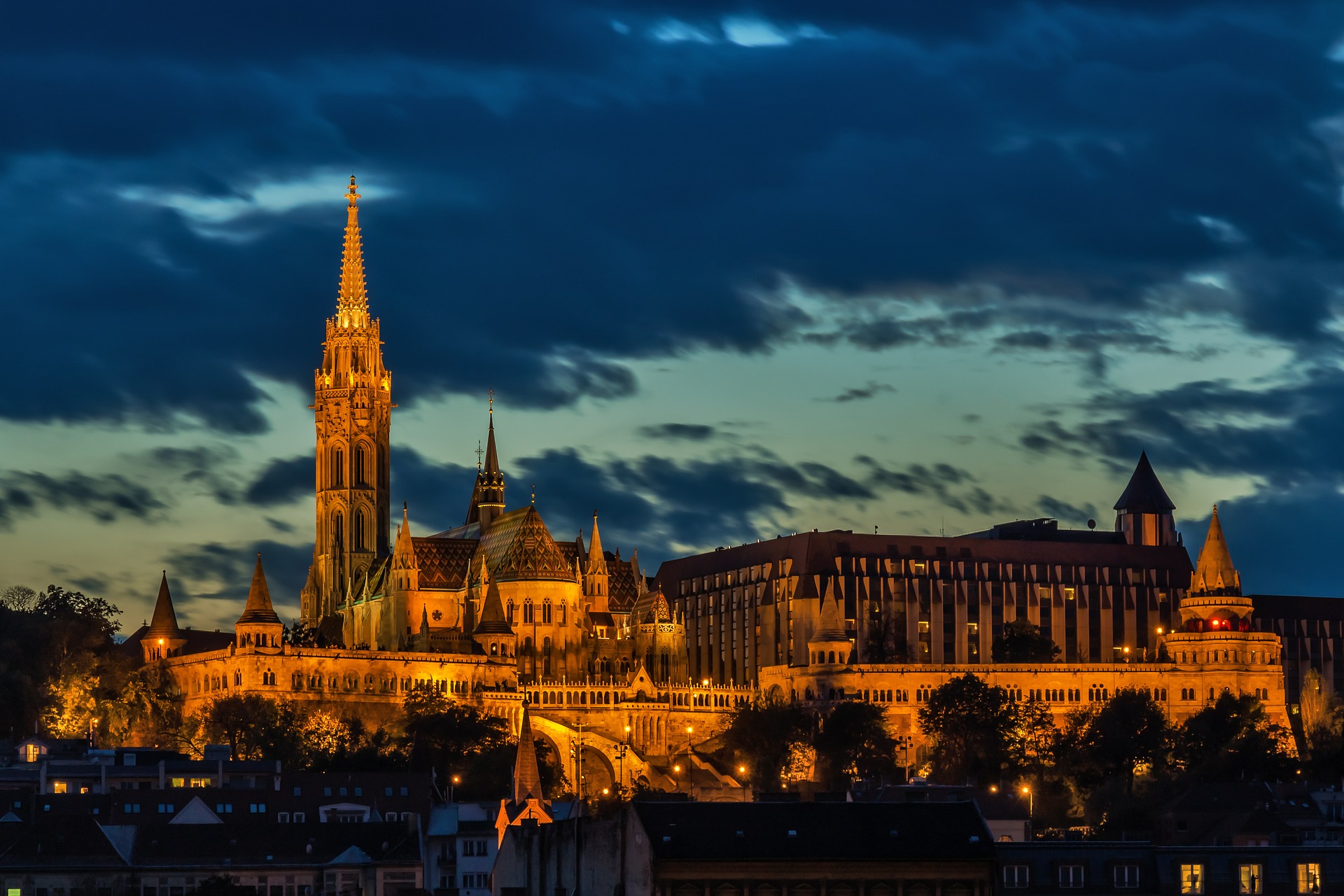 Don't miss out to venture behind the Matthias Church, where the Fisherman's Bastion offers you the kind of breathtaking view over the Danube and the Pest side, that you might have a difficulty to find anywhere else around. The Fisherman's Bastion was built for the 1000th birthday of the Hungarian state, so it's a historical monument for millennial. Actually, the sole purpose of it was to provide a view over the city. It features seven towers to represent the 7 Hungarian tribes who founded the present-day country in 895. In the middle you can see a statue of Hungary's first King St. Stephens. In the summer visitors can take a coffee or have a drink at the Panorama Cafe & Bar. From here you can enjoy a magnificent vista over the Margaret Island, Margaret Bridge, the Chain Bridge and the Parliament. 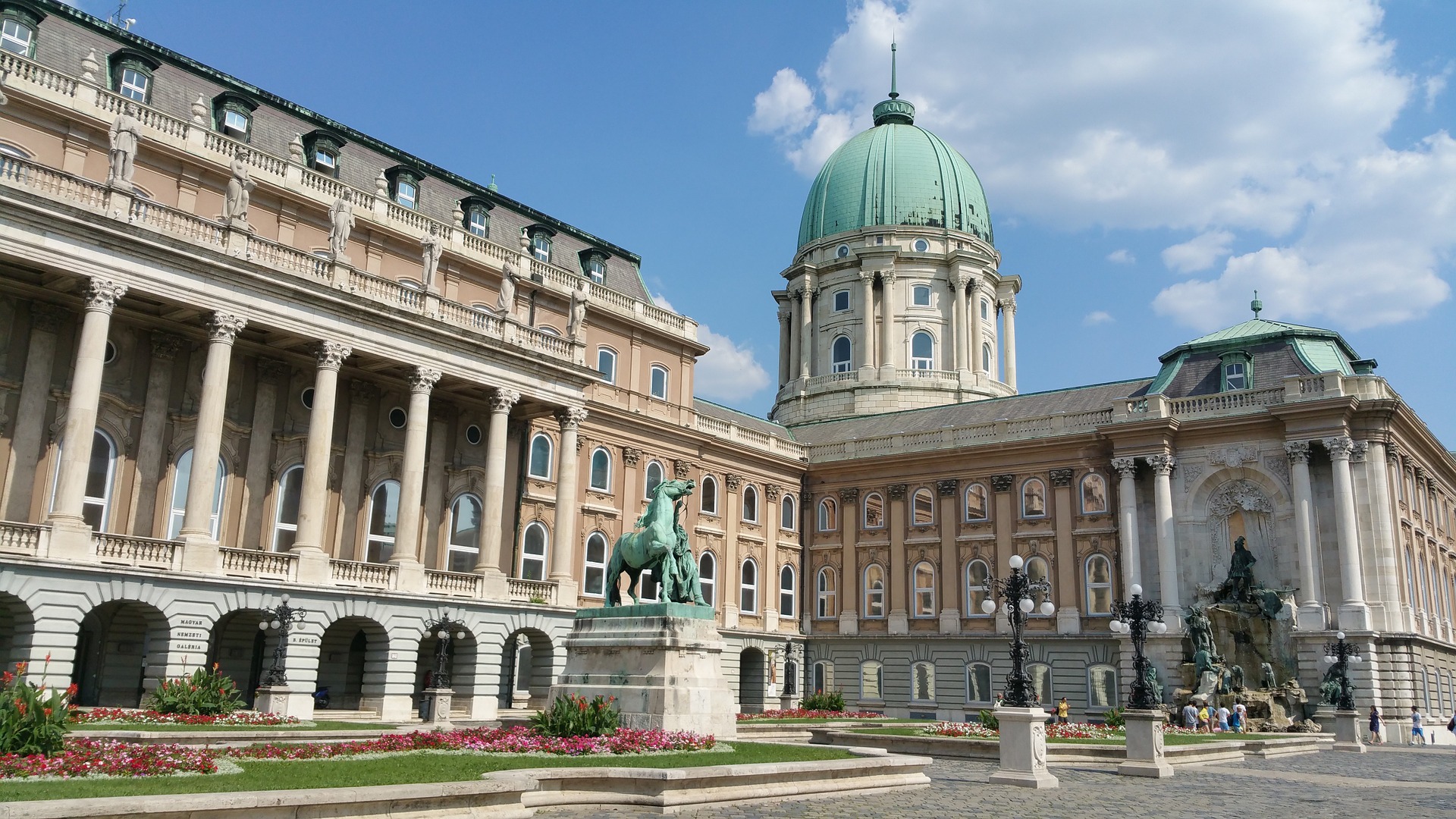 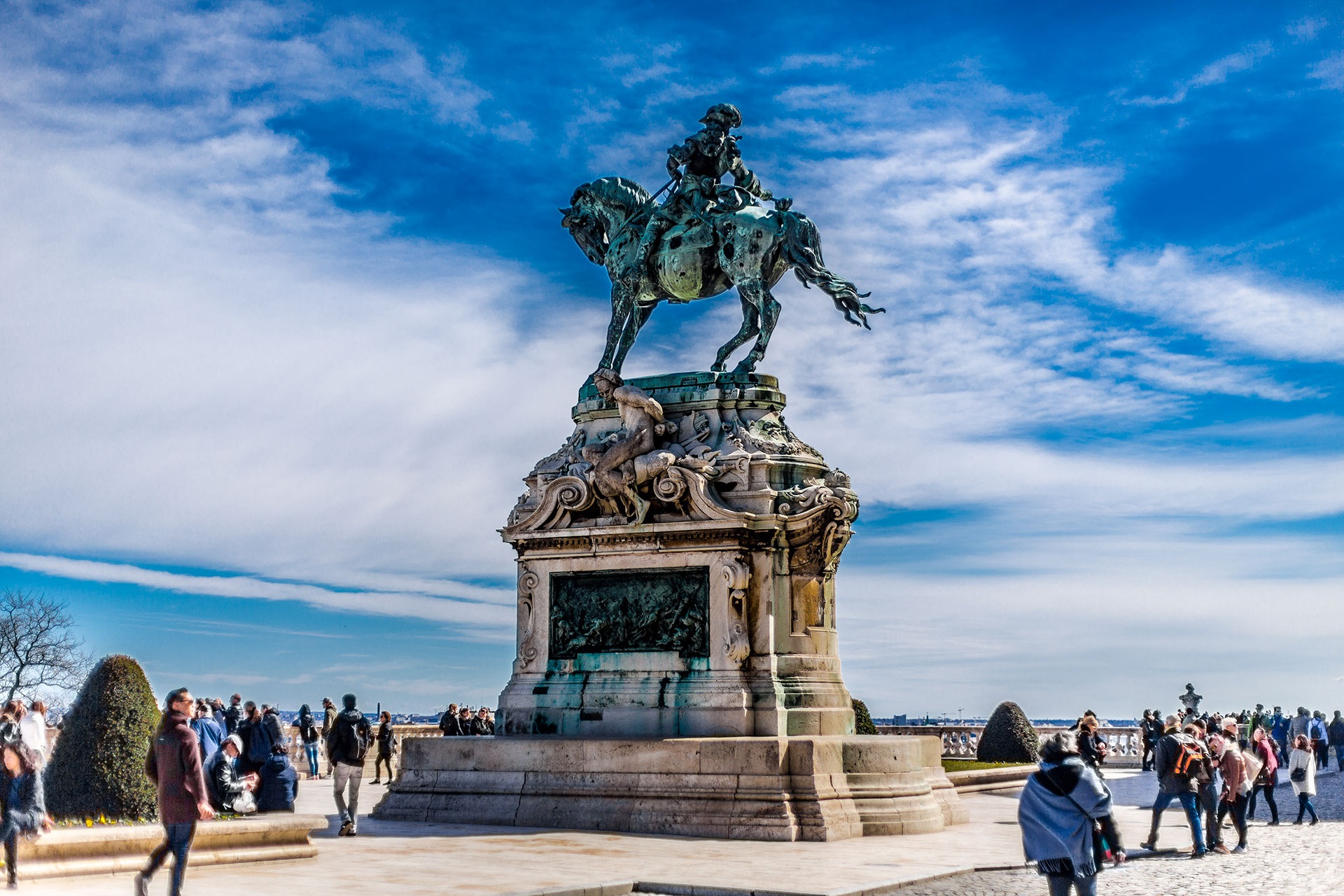 If you are an art lover this is your place to go. The building from outside is already a stunning piece of art from where you get a unique view over the other side of the city. Visiting the Hungarian National Gallery, you will see the masters of Hungarian fine arts, which offers an insight into the Hungarian history and every-day life. Besides the Hungarian works, there is also a collection of international art.

Most of the painting are from the 18th and 19th century and they aim to represent the dramatic history of the Hungarian nation from the Turkish occupation through the Austrian one. The gallery opened in 1957, and the purpose of it was to present the Hungarian art from the settlement of the Hungarians in the 10th century, through medieval ages, until the present day. The collection of the gallery consists of 6000 paintings, 2100 sculptures, 3100 medals and 11,000 drawings. So is not surprising to say that art-lovers can easily spend half a day here and still not seeing every pieces.

Baltazár is a restaurant, bar, wine bar, café and a boutique hotel in the heart of the Buda Castle district. From outside the restaurant looks already appealing as it features cobbled terrace and relaxed atmosphere. Its kitchen is specialized in gourmet street food and they pay a special attention on from where they buy the ingredients. Some dishes are prepared above Argentine charcoal on a Josher grill. The chefs of the restaurant work only with top grade meat meaning beef and pork are ordered from Austria and duck is raised just for them by a Hungarian family of supplier. Even if you don’t feel like eating, the restaurant features a wine selection of 200 fine wines and has a gin menu too.

Check out its menu: baltazarbudapest.com 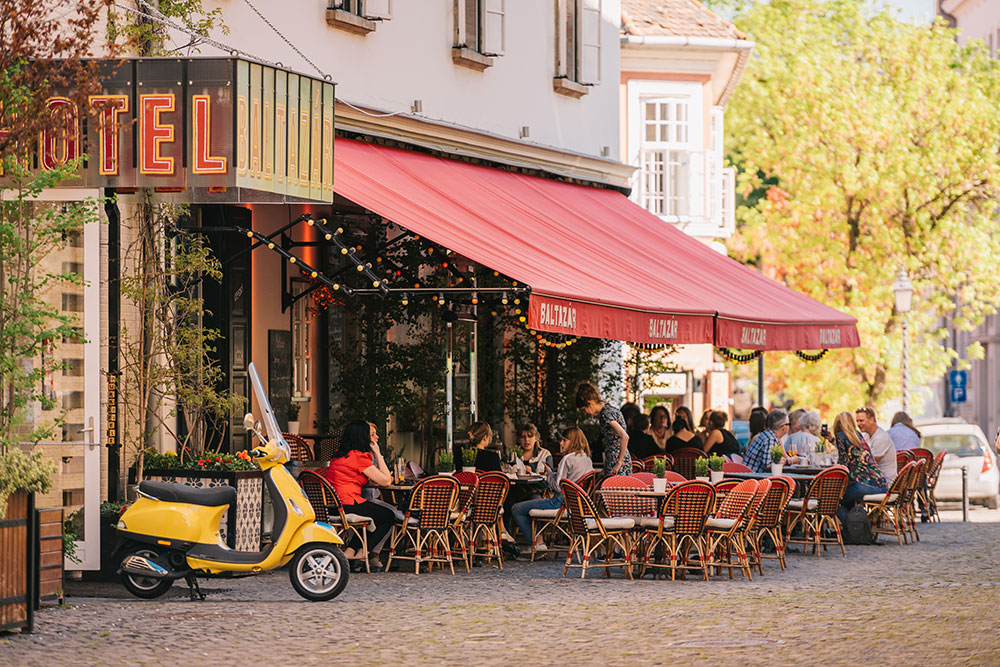 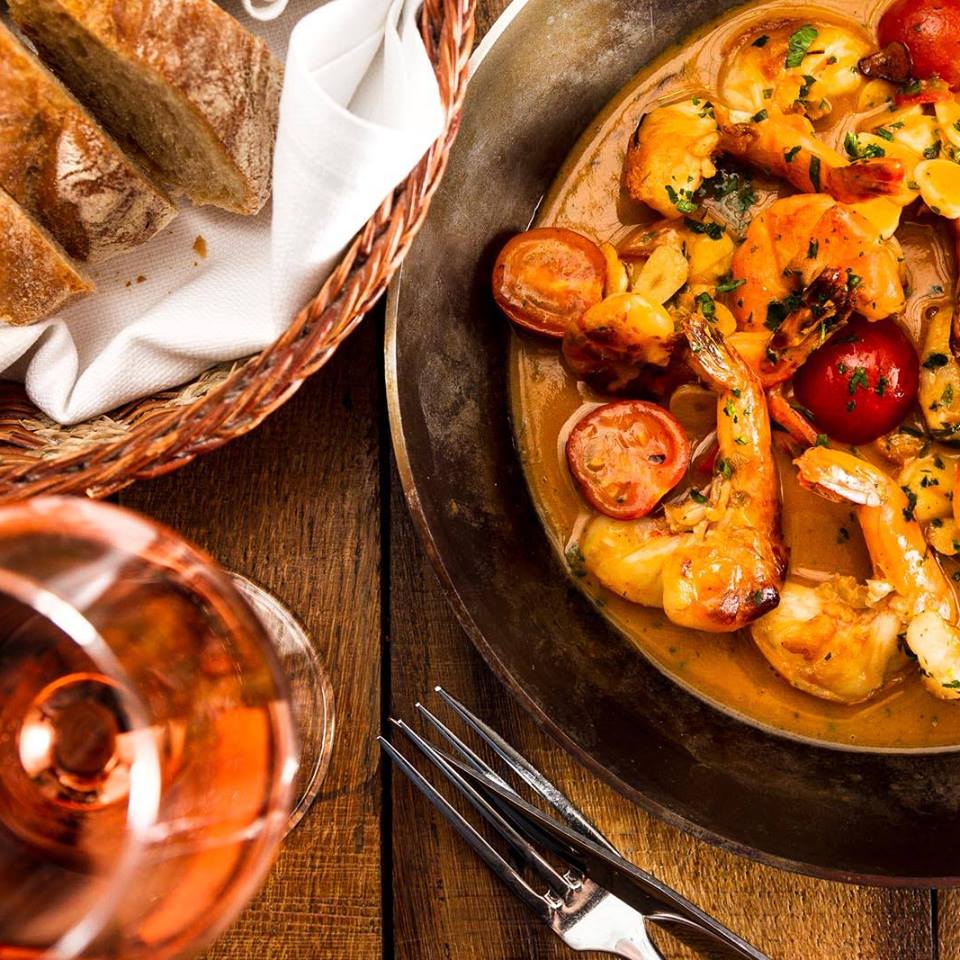 The aim of the Restaurant was to deliver a traditional Hungarian culinary experience updated to the 21st century. The original national tastes are maintained, but they dishes are lighter than the old-fashioned Hungarian cuisine. So, you will find all on its menu from the Goulash to the Chicken Paprikash, but everything prepared following the "original new way". The restaurant features a distinctive wine selection offering only Hungarian wines, some with limited titles often not found anywhere else.

Check out its menu: 21restaurant.hu 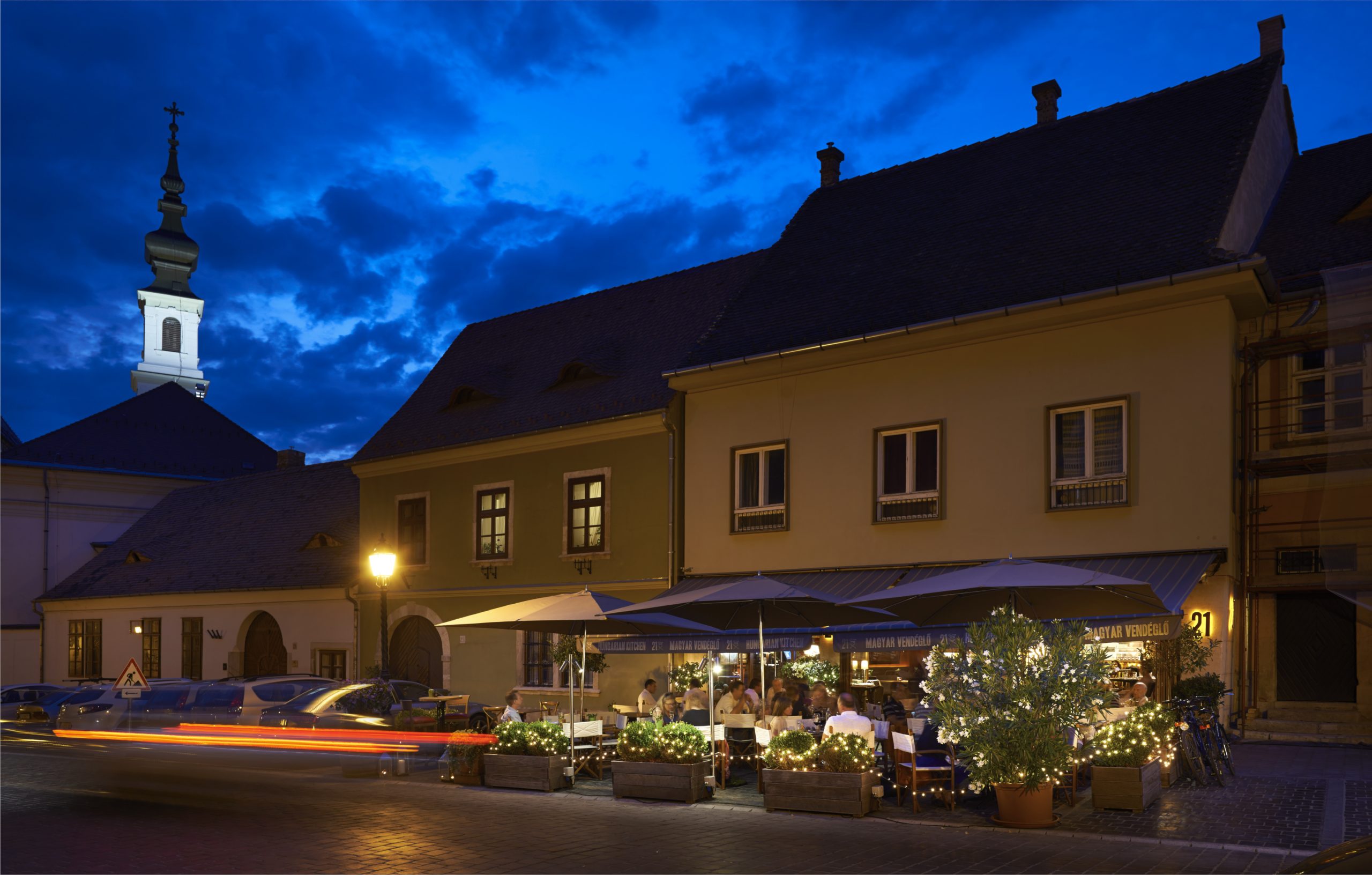 The confectionary that lived through history. The Ruszwurm confectionery can be found in the center of the Buda Castle district right at the Holy Trinity square. It is considered one of the most important confectionary complexes in Hungary. The Ruszwurm confectionary was founded by Ferenc Schwabl in 1827. The Biedermeier interior still includes the cherry wooden counter made by the master joiner Krautsieder, and the dial plate of the clock from the age of I. Ferenc. So, we can say that many items of furniture and equipment found today in the confectionary lived through centuries. What to taste? Taste everything, BUT don’t miss the Ruszwurm cake. The classical Hungarian pastry, simply called “creamy”, is a cooked egg cream with vanilla mixed with the egg white after cooking. Is considered a symbol of Hungary. Beside don’t miss out the Eszterházy cake or the Tirol strudel.

Check out its offer: http://www.ruszwurm.hu/en/menu/ 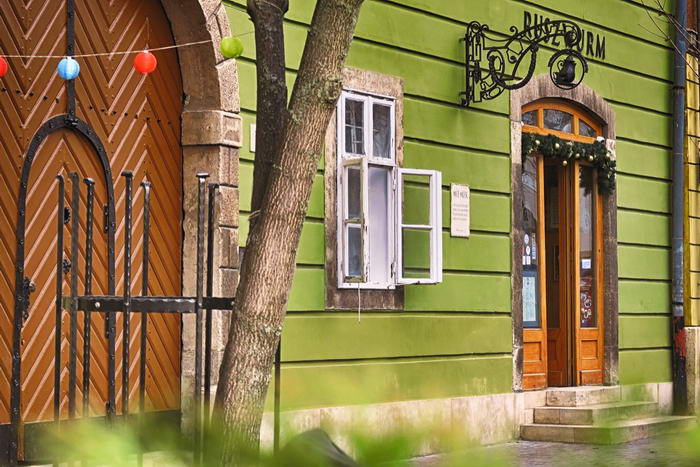 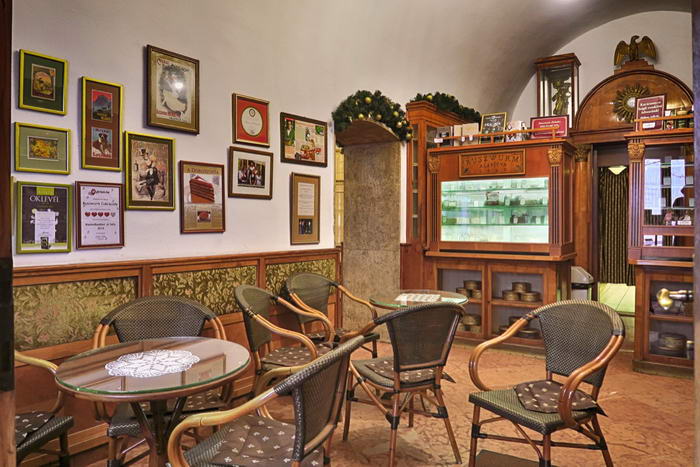 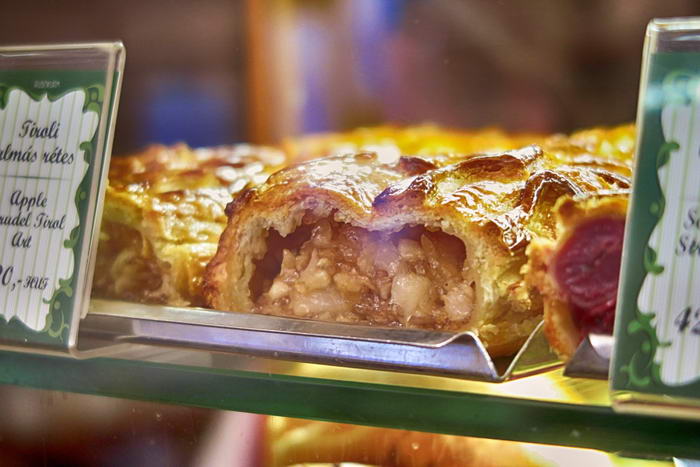 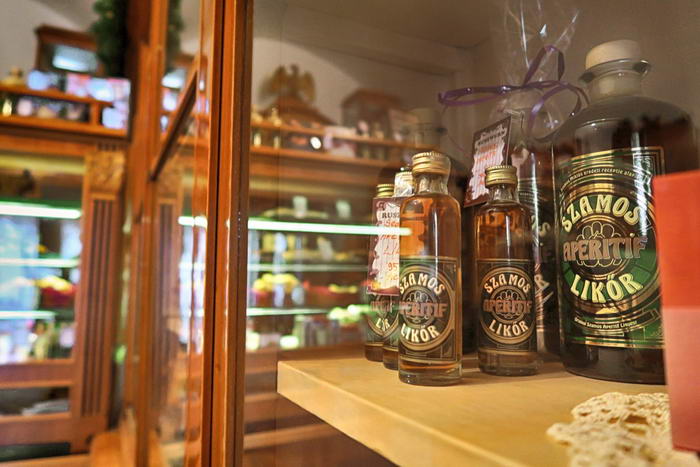 A fun way to access the Buda Castle district

Taking the funicular railway is a fun way for those who are not in a hurry and want to admire the view even while lifting up to the Buda Castle district. The station is right by the foot of the Chain Bridge on the Buda side, but the long queue will show you the right way. More than half million journeys take the railway every year. The Buda funicular opened in 1870 and was the second such railway in Europe. Though the ride lasts for only a couple of minutes make sure to keep your camera as you will have far superior views over the Pest side. 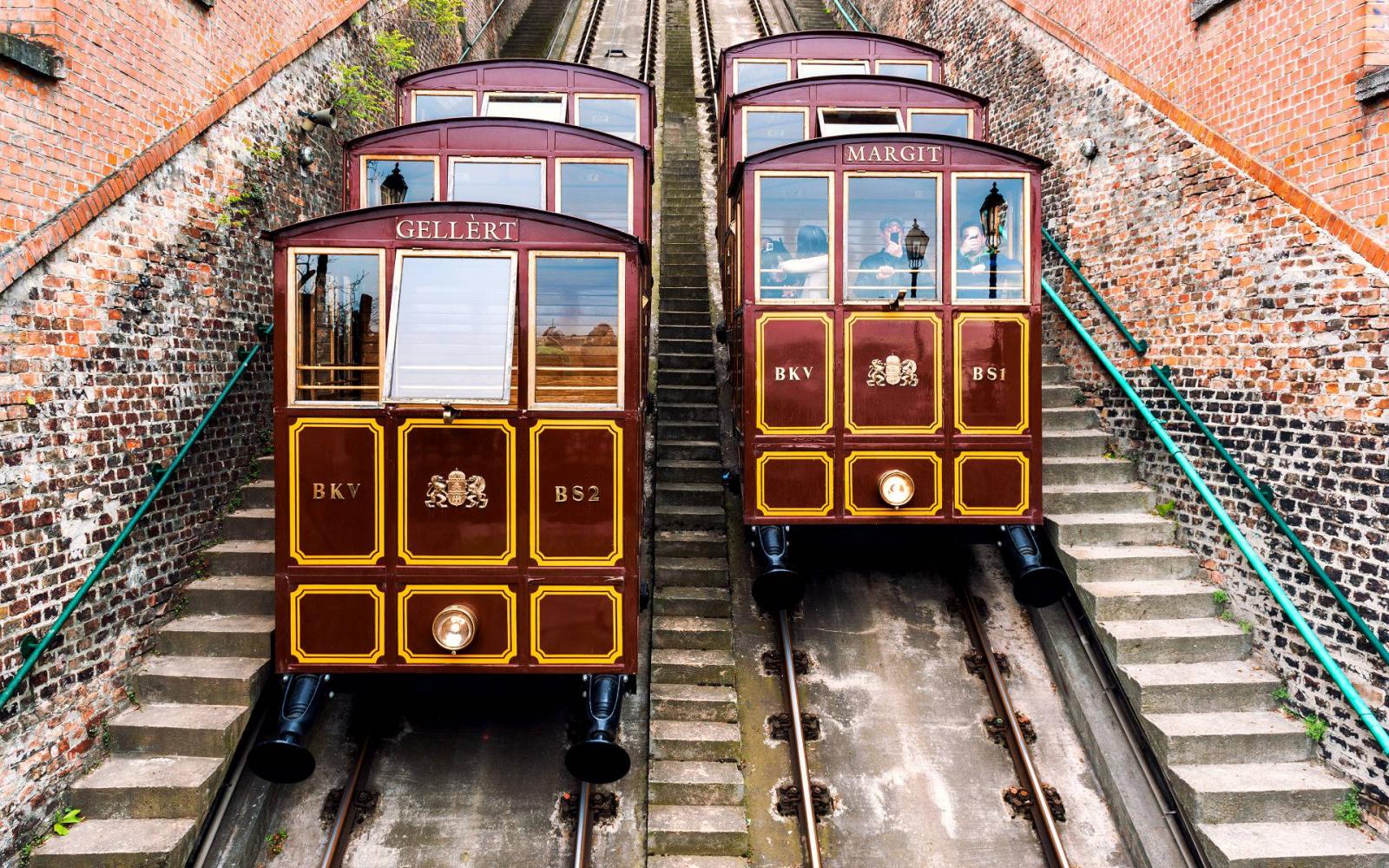 If you have any question or if you are interested in a guided tour in the Buda Castle district, don't hesitate to contact us!

IT
Scroll To Top